<a target="_blank" href="https://www.eitdigital.eu/fileadmin/files/2019/news/accelerator/Women-in-EU-DT_HiRes.jpg">View Hi-Res version</a>. Did we miss a company here? Do you know a Deep Tech startup or scaleup with a female (co-) founder or CEO that should be included? <a href="https://app.smartsheet.com/b/form/c3464125c1f64465bbe291ef749d58f0">Please nominate your female led or founded Deep Tech startup or scaleup by filling out this form</a> 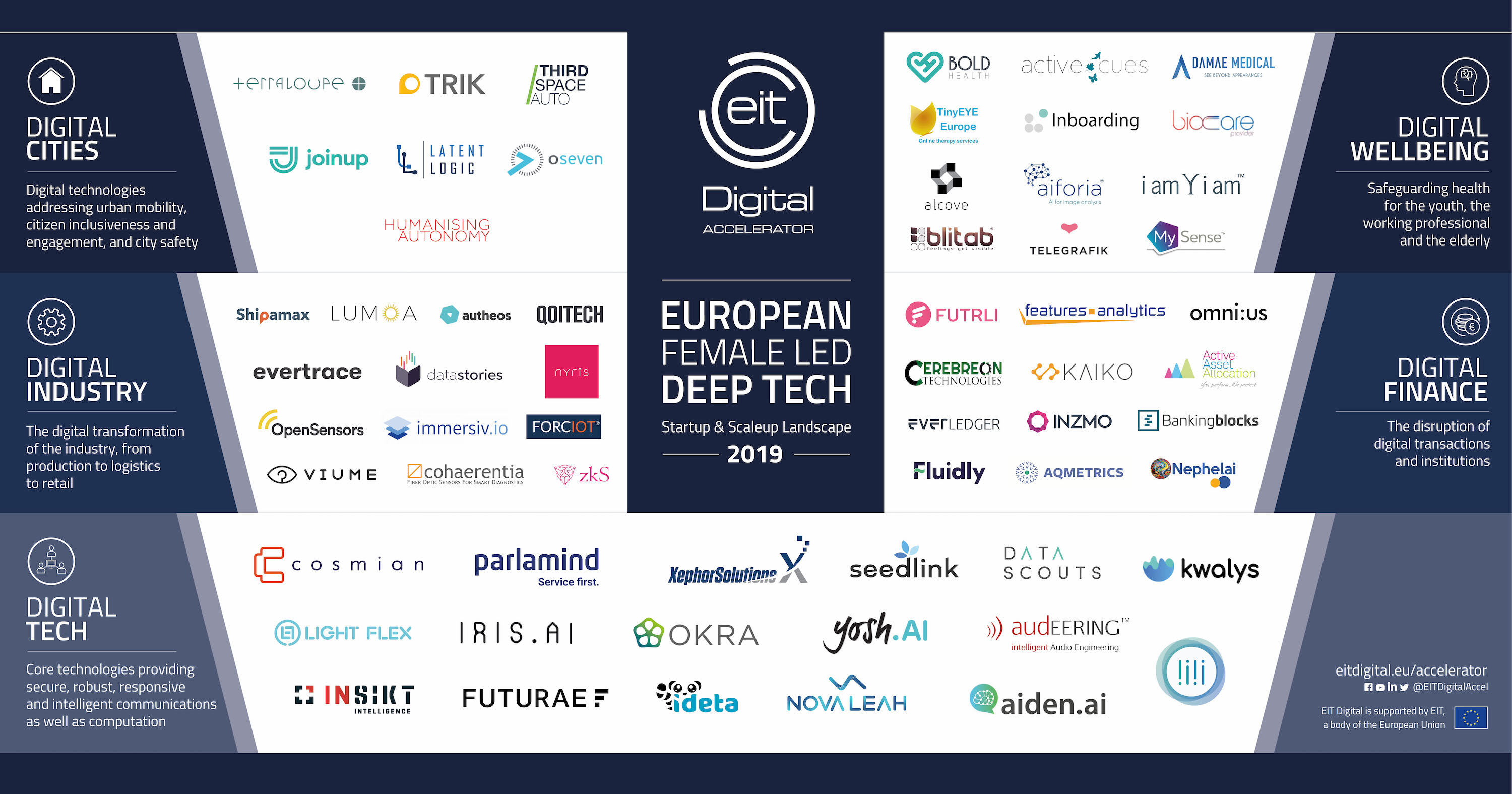