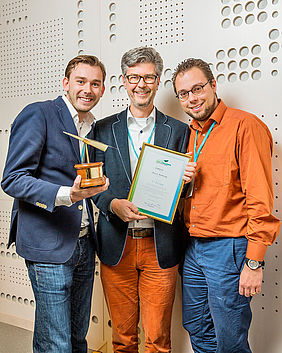 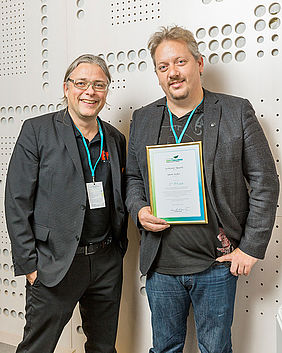 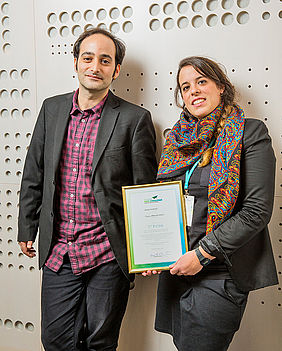 Internet of things (IoT) is transforming the digital and mobile industry and involves a broad range of technologies, applications and platforms. The rapid IoT development creates interesting opportunities across countries and industries both for organisations making use of the solutions and those who are creating them.

The Idea Challenge Internet of Things aims at creating interest and visibility of the important IoT market and provides the three best ideas from European start-up companies or teams a chance to develop their solutions and go to market. The interest to take part was high with 163 submissions which after a tough selection process resulted in 11 finalists.

The final was held in Stockholm at the EIT ICT Labs Stockholm co-location centre in Kista where about 150 participants gathered to hear the finalist pitches but also get an overview of some interesting companies in a case marathon and the industry perspective from Johan Falk, head of Intel IoT Ignition Lab, who stated that the worth of IoT business can be estimated to 19 trillion U.S dollars.

The jury, consisting of industry experts, investors, business accelerators as well as the Stockholm Node Director Gunnar Landgren and Henrik Abramowicz, Action line leader for the area of Future Networking Solutions, where IoT is a part, were impressed with the finalists pitches and teams and came to a choice of three winners for the top prizes of 40k€, 25k€ and 15k€.

- "By 2020 there will be 50 billion things connected to the internet but the existing network technologies are not the solution to every Internet of Things user case", says Marcus Breekweg, Co-founder of Undagrid. In some cases it’s either too expensive, the battery life is insufficient or the range is too limited. In almost all cases configuration is a hassle. Undagrid lets devices form their own network, instant, dynamic, shared, without any configuration or the need for a controller. It's a self-expanding network of devices that can work on a single battery for a couple of years. Link to video

- "We are very proud that our vision on IoT is received this well and we look forward to be part of, and get support from the EIT ICT Labs ecosystem", adds Co-founder Lennart Schroer.

In second place, Evothings Secure, a Swedish startup, provides an end-to-end solution for secure traffic for IoT with tiny footprint, was awarded for how they “in an easy way solve one of the IoT industry’s biggest challenges”. The third prize winners, French startup Sensewaves, was awarded for “making sense of sensor data” with their solution that makes connected assets smarter by transforming raw sensor data into meaningful information.

All of the finalists are however winners in the sense that they will be connected to the EIT ICT Labs business developers team for further potential support and collaboration. And the winners of the Public Choice award, Swedish startup Shortcut Labs, are already in close connection with the EIT ICT Labs ecosystem, supported by KTH Innovation and from taking part in EIT ICT Labs Investors Dinner in Berlin earlier this year provided with useful European market players.