The Eindhoven Startup weekend gathered 60 partipants that formed 10 teams and pitched 32 ideas. At the end of the weekend five of the teams had working prototypes. 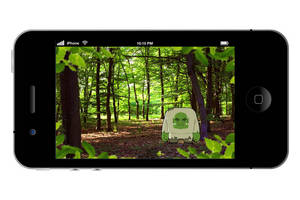 The jury, including EIT ICT Labs Eindhoven Node Director Patrick Strating, selected team Fairy Tale as the winner. Their application uses augmented reality to encourage children to play outdoors. According to the jury hhey have found a valuable niche by responding to the desire from parents to see their children actively playing outside.

The first prize is being coached intensively by EIT ICT Labs for a whole year! Also, the winning team will be able to attend the presentation of successful entrepreneur Ash Maurya who flew in especially from Sillicon Valley to share the latest in lean startup.

Niek Otten, one of the founders of the Fairy Tale application:
- We got the opportunity to pitch our idea on BNR Newsradio. As we received very enthusiastic feedback on our idea, we decided to pitch it during the event and it turned out to be worthwhile!

- We were also lucky that we were able to form a team of people with complementary skills - two industrial designers (TU/e), an i-phone developer and a marketing expert. This, together with the help of mentors and a positive and cooperative team spirit did the trick.

- Events like Startup Weekend make you realise that only having a good initiative or smart concept doesn't get you there. You need complementary skills, whether it is in marketing, research, IT support, you name it, to get to real implementation!"

Find here some facts of this Startup Weekend and some video footage of the grand finale. Pictures are available on Flickr, #swEindhoven and #startupweekend tags. Updates on progress and planning for next edition (March 16-18, 2012) are found at #swEindhoven on Twitter.