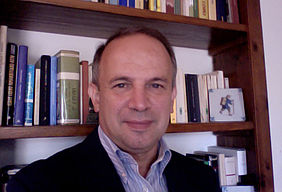 EIT ICT Labs is proud to announce the appointment of Prof. Maurizio Gabbrielli as the new Head of the EIT ICT Labs Doctoral School. Gabbrielli started working on September 15.

Maurizio Gabbrielli is a professor of computer science at the Department of Computer Science of the University of Bologna, where he has also been the Doctoral Programme Head and gained long experience as PhD supervisor.