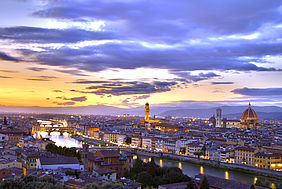 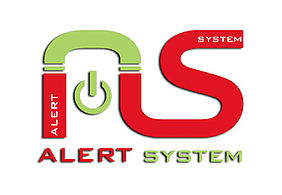 Alert System is a product by Smart Safety in Smart Cities (SSiSC), a Digital Cities Action Line’s Innovation Activity that developed a digital solution that identifies and qualifies a risk and, when necessary, alerts security forces as well as citizens via all communication channels.

Unfortunately, natural catastrophes, big scale human accidents, attacks and other fatalities occur very often in every single point of the world. At the same time, more and more people live nowadays in urban settlements and therefore increase the potential casualties that any disaster may cause. We have sadly witnessed the deadly impact of earthquakes in Italy, water flows in the UK, massive fires in Portugal, terrorist attacks in France, and a long list of tragic events that will remain in our minds and hearts.

For EIT Digital and its partners, one key pillar of a resilient city should always be the citizens’ safety. Every single layer of digitalisation in the environment of our cities should be built on a solid basis of human-focused technology, and what could be more crucial from a human perspective than the safety of our inhabitants?

In that precise target of pursuing citizens safety, EIT Digital developed during 2017 ‘Smart Safety in Smart Cities’, a system to collect data from multiple sources, correlate them, define the risk level and quickly alert security forces and/or citizens in case of crisis situations such as natural disasters or terrorist attacks.

In threatening situations, local authorities need to quickly inform all citizens. Events data confirm, on average it takes 72 minutes to alert 100,000 persons. With SSiSC, it takes only 11 minutes. Alert System is a prediction system based on a platform that integrates sensors, open data and algorithms, able to identify and qualify a risk and, if necessary, it can alert security forces as well as citizens via all communication channels (voice, text, mail, social media). The system can manage feedbacks and requests for help, thanks to the integration with BT Cloud Contact (a platform allows any person of the Emergency Response Team to become a contact centre agent, everywhere and with any device).

Alert System is disruptive and way more powerful to any other solution in the market because of its significant reduction of time needed to alert citizens; the capability of using multiple channels: voice call, text, email, app notification, post, digital signage, internet streaming; its certification of each communication alert sent to citizen through the BT tlc platform; and the recording of each request of help as well as best solution to rescue.

The main consumers of this technology are civil security agencies, local authorities and large industrial plants in urban areas. During 2017 the project targeted basically Italy, completed the technological development, and launched the service in around 30 cities (Florence, Milan, or Parma among others are already working with Alert System). In 2018 the objective is the industrialisation of the platform and the processes and a European launch in 16 countries, including the Netherlands, Belgium, France, Switzerland, the United Kingdom and Germany. Alert System is already expanding the solution not only in Europe but also worldwide with the support of Comunica Italia

Stéphane Péan, Digital Cities Action Line Leader asserted: “We are looking at one of the most disruptive European technologies in the Smart Cities field. In a very short time, citizens from dozens of EU cities will be provided with an amazing system to improve their safety like almost never before. Hopefully Alert System won’t ever be necessary but, if someday it is, we will all be thankful for having it.”

Mirko Florindo, Innovation Activity Leader said: “When you do innovation the first question you have to answer is which is the real benefit I can bring in the society? When we designed the project Smart Safety in Smart Cities we filled the chalkboard with good motives, but the first was enough save lives!”

Smart Safety in Smart Cities is one of the 11 Innovation Activities of the Digital Cities Action Line for 2017. This Action Line leverages the digital transformation of the cities through centralised, participative and collaborative interactions between city actors: government, city service providers, industry, and citizens. This transformation enables the deployment of disruptive information, mobility and safety services in the cities.