European Opportunity in the Bay Area

European Opportunity in the Bay Area 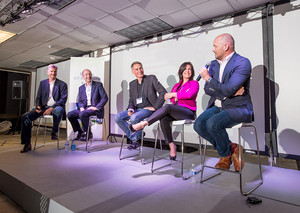 David Nordfors, EIT Digital Silicon Valley Advisor and moderator summarised the conclusions from the panel: Finance is key. Europe is getting good angel investors but there is a gap in later stages. What will bring Silicon Valley investors to Europe? Silicon Valley is the United Nations of Innovation as much as it is the United States. It's good for countries to be here and become a part of the culture. The relation between startups and large companies are different in Europe and in Silicon Valley. In Europe the innovation ecosystems are often centred on large companies and startups are expected to bond with large companies, as subcontractors or in strategic partnerships. In Silicon Valley the ecosystem is more centred on the startups. Startups have business with large companies but they more often seem to keeping a distance. They have the ambition to compete with the large companies down the road and don't wish to become dependent on them. Tesla Motors would be an unlikely startup in Europe, for example. Both models have their pros and cons. Europe is better in negotiating industry standards, GSM is a good example.