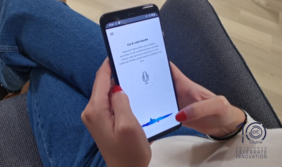 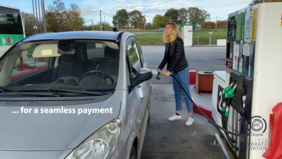 Within the EIT Digital Innovation Factory, Ingenico, CopSonic and ValidSoft have developed two strong voice authentication technologies that enable secure digital purchases at home, in-vehicle and in other environments. One of them is deployed to buy fuel in the city of Argentan, in France.

Brussels, December 2020 - The growth of voice commerce is bound to change consumer habits. With this technology, customers can process and finalize orders by sending voice commands to connected devices, such as mobile phones or smart speakers. The whole shopping experience becomes simple and streamlined.

With this in mind, EIT Digital has launched, within its Innovation Factory, the Voice Commerce innovation activity.

The first voice authentication technology, the “free speech voice commerce solution” launched by Ingenico and ValidSoft, is suitable for different situations, such as in-car purchases (e.g. for fuel) or for other use cases such as in-game purchases (e.g. within video games).

This technology is deployed since this fall at the E. Leclerc hypermarket of the city of Argentan, in the northwest of France. Customers are able to securely purchase fuel at the hypermarket’s gas station just by using their voice, without the need for physical contacts with human operators or payment machines (see video).

Users enroll to the service via the Phebe mobile app, designed to guide customers simply and naturally through the voice-enabled purchasing process.  While still at the wheel, they ask Phebe’s conversational agent to buy fuel at the hypermarket’s gas station. Once there, they simply fill up the car and check-out; confirmation of the charged amount is automatically sent to their phone. The voice print of the user, created with ValidSoft’s leading voice biometric technology, is pre-uploaded to the mobile app and is used to authenticate the transaction.

“We are delighted to have worked closely with EIT Digital and our other partners on this exciting new deployment, which proves the business case for ‘conversational commerce’. We look forward to building on this success and expanding our partnership in this exciting new space”, said Patrick Carroll, Founder and Chairman of ValidSoft.

Two other companies collaborated with Worldline Labs in this deployment: Lab by CB contributed to the definition of a simple user path for both the retailer and the end consumer and enabled the project to rely on technologies that work with secure protocols; Newport-IMS developed the Phebe conversational agent and the associated mobile application that will allow users to buy fuel.

Other types of in-vehicle purchases, such as booking an electric recharging station, ordering meals in restaurants or fast-food outlets, hotel reservations, and toll payment will follow soon, thanks to the collaboration with partner brands.

The second technology, by Ingenico and CopSonic, is designed to be used in domestic environments and applied to e-commerce. It allows users, once they have filled their shopping cart, to finalize the payment in a simple and secure way, with their voice confirming the transaction. CopSonic’s ultrasound-based secure authentication technology is used to authenticate the customer and confirm the payment.

“We are currently focusing on the go-to-market phase and we are collaborating with voice bot companies and other partners to target merchants who have already developed a voice bot and might be interested to add the payment feature. In early 2021 we will test the voice commerce solutions with several other merchants and we will then scale our commercial development,” says Quitterie d’Avout, the Voice Commerce activity leader.