Minut, a Swedish scaleup supported by the EIT Digital Accelerator, has raised $ 8 million for its camera-less home security device. The round is led by KPN Ventures with participation from international energy and service company Centrica. Existing investors Karma Ventures, SOSV and Nordic Makers also participated in this series, bringing total funding to over $ 10 million.

Minut has developed the wireless smart sensor Point which detects a range of different events in a room without the use of a camera, making home security affordable in a way that doesn’t compromise privacy. Point can detect motion, temperature, humidity, glass break, mold, light and noise. Besides of notifying the user him- or herself, the Point interface also allows users to link to neighbours, friends and other family members, so they can quickly react in case of alerts. “The new capital will be used to accelerate growth across markets and to strengthen the product portfolio” says Nils Mattisson, CEO & Co-founder of Minut.

“Point’s simplicity and ease-of-use is unique in that it offers users peace-of-mind without the intrusion of multiple connected devices and cameras,” says Fredrik Hanell from EIT Digital Accelerator. “Minut’s solution reflects the outstanding team and their heritage from global consumer tech and smart device leaders. They provide an outstanding solution in a field where other innovations tend to lead to increased complexity. Their recent successful funding round is testament to the quality of the team, the proposition, and their market potential.”

Headquartered in Malmo with additional offices in Stockholm and London, Minut was selected by EIT Digital as one of Europe’s most outstanding scaleups in 2018. They joined the Accelerator programme in the beginning of 2019 with the goal to accelerate their growth in the EU market and the Silicon Valley. To date, Minut has shipped more than 10,000 units of its devices over 60 countries and employs around 30 people.

Minut was co-founded by Nils Mattisson, CEO who spent seven years in Silicon Valley working in the Exploratory Design Group at Apple; Marcus Ljungblad, Head of Growth; Martin Lööf, Head of Manufacturing; and Fredrik Ahlberg, Head of Research with the idea that home security should be accessible to everyone and never come at the expense of privacy. Together they developed a smart home alarm that detects motion, monitors noise, temperature, humidity, and mold risk, ensuring your home is safe.

EIT Digital Accelerator provides tailor-made growth support for European tech scaleups by helping secure international customers and raise capital. The Accelerator team comprises around 40 experienced business developers and finance experts operating from 16 cities across Europe, along with a hub in Silicon Valley. Since 2012, they have supported 300 startups who raised over €630 million in investment, with more than €100 million directly facilitated by the Accelerator. The programme was ranked 8th among the Top 20 Active Accelerators in the Global Accelerator Report 2016 by Gust.

Interested to learn more about the growth services of the EIT Digital Accelerator? Get in touch! 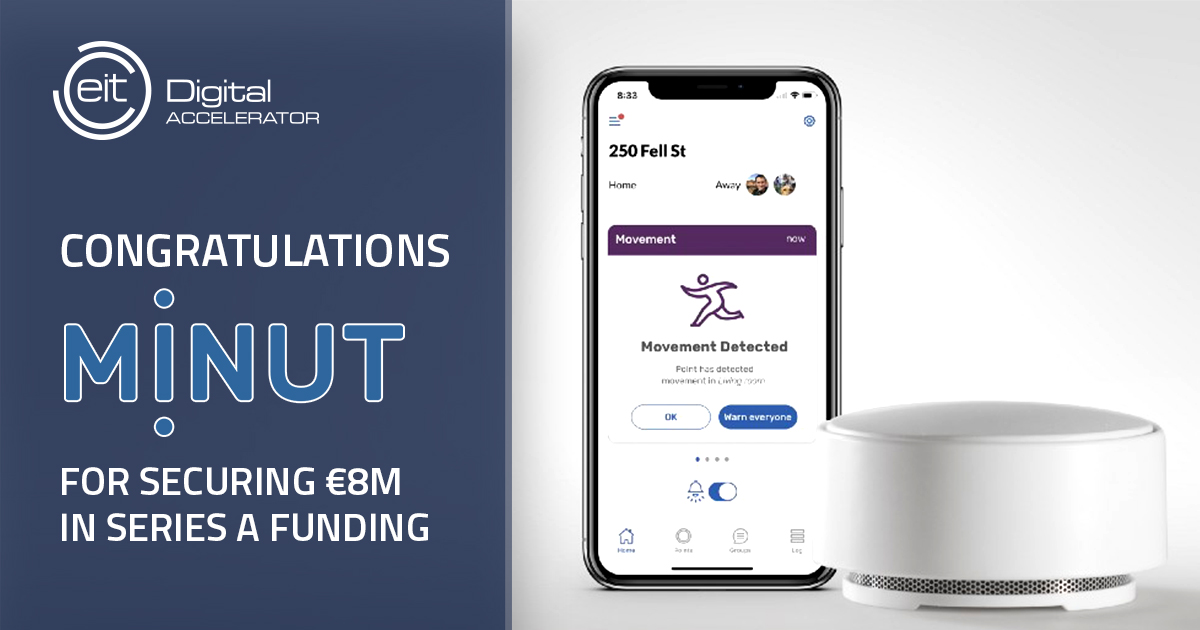