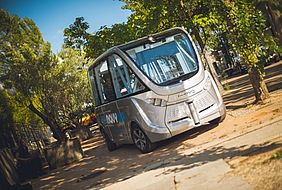 NAVYA ARMA can transport up to 15 passengers and safely drives up to 45 km/h. 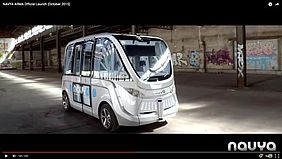 NAVYA develops driverless shuttles in order to optimise the transportation of personnel, visitors or service agents, in private or public sites (e.g.: airports, hospitals, industrial sites, amusement parks etc). The company has established itself as a specialist in the field, renowned for using complex technologies combining software expertise, automobile construction and advanced techniques in navigation, geolocation and telecommunication.

NAVYA joined the EIT Digital Accelerator in 2015. EIT Digital assisted NAVYA to get traction from its European business ecosystem by introducing it to investors, in the UK and in Finland, and to one of its potential first big customers. In October 2015, Navya announced it had raised 4.1 M euros.