Moving to the edges 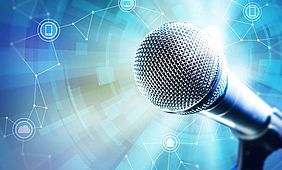 Processing voice directly in the cellphone for speech understanding is a good idea but it is a costly one in terms of power consumption. With power savings of 90 to 99 percent, an MIT chip could make it possible. Credit: Jose-Luis Olivares/MIT

Our smartphones are becoming more and more powerful in terms of processing capability and storage capacity. This makes it possible to move to the smartphone many activities that today are executed in the network or in the Cloud.
The problem is that this increased performances come with a price: increased power consumption. Power is a scarce resource in a smart phone, both because of the drain on the battery and because of dissipation (the power used is dissipated in form of heat and you do not want to have a hot brick in your hand, in case of smartphone, given their size and surface the maximum heat dissipation should be contained in 3W).

The trick used in our smartphones is to dramatically cut the use of the power by enabling just the part of the chip that is needed at that particular moment to process data. This is why, by the way, our phone warms up much more when we are engaging in data communication (because of the speed we require the smartphone has to stay operational much more, in the case of voice the phone is turned out most of the time -it switches on and off tens of thousands of times per second but most of the time is in the off status).

If you need massive processing capacity you need to use your chips much more intensively and this requires power. That is the case for speech recognition. The voice itself can be acquired in tiny chunks but the chips have to keep working to analyse the speech and make sense out of it.

Here comes the result of of a research team at MIT. The power required, on average, for speech analyses is about 1W, it doesn't seem a lot but in a cellphone Ws are precious. Radio transmission and signal processing uses around 1W (but it can go over 2W in areas where the signal is poor). An A9 processor can drain 0.8 to 2W of power and a screen 0.5. Clearly, engaging in a local processing for speech analyses at 1W is not a good idea.

The team at MIT has announced the development of a chip designed to do speech analyses at very low power,  between 0.2 and 10 mW, that is hundred times less than what it would take using the processor in tge smartphone.

To keep power consumption this low, the chip is normally sleeping with just a tiny fraction of it keeping an "ear" on incoming sound. That part of the chip needs to understand if the sound is caused by a voice or not. If it is the other parts of the chip are awoken to engage into speech analyses.

Clearly technology is opening the way to a voice based interaction. More than that. It is providing the means to move more and more intelligence to the edges leaving the network to its basic activity of carrying bits from A to B.