Meet SARA, the robot colleague that will improve elderly care in nursing homes and hospitals 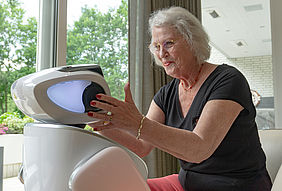 SARA robots assist, by interacting with the users and presenting them with simple exercises designed to improve their condition. 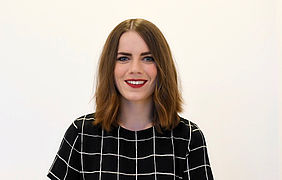 The rapidly ageing population is bringing new challenges to European society. Care institutions and hospitals are facing serious staffing shortages, as fewer and fewer people choose to become healthcare professionals, while at the same time the number of old (and sick) people is constantly on the rise. Heavy work pressure has proven to be related to poor quality of care and to incidents such as medication errors, which 13.8% of nurses deal with weekly.

May the answer to this difficult situation lie in flanking nurses with robot colleagues?

“We believe that robots could give a great contribution to healthcare, not to replace nurses, but to collaborate with them and reduce their workload, so they have more time to spend with their patients. They might also help reduce the errors due to high-time pressure,” says Bright Cape’s Emmy Rintjema, who acts as activity leader of Social & Autonomous Robotic health Assistant (SARA), an innovation activity supported by EIT Digital as part of its Digital Wellbeing focus area.

The consortium of partners behind Sara, which, besides Bright Cape includes Forum Virium Helsinki, GIM Robotics, Curamatik and TU Berlin is working to introduce robots as social entities in nursing homes and hospitals to improve the quality of care. This means that the robots will assist humans in interacting with the patients, filling the gap provoked by overwhelming schedules and personnel reduction.

In itself, the concept of ‘robot colleagues’ in healthcare is not entirely new. Several robots that work side by side with nurses and doctors are already on the market. Most of them, however, are not able to operate autonomously: they contain activities that need to be set up and a human operator must always be present to lead the activity. SARA’s robots, on the contrary, will be designed to be largely autonomous.

Thanks to a system called SARA Home, accessible from a computer or tablet, nurses will be able to elaborate a personalized profile and a personalized health plan for every client, meant to support the caregiver. Two pilot tests are currently ongoing, in nursing homes in Finland and in the Netherlands. “We are working in particular with people who are in closed psychiatric departments (closed PDs), suffering from dementia in a first stage,” Rintjema says.

Through specific exercises to be carried out several times a week, these patients could improve their mental and physical fitness and avoid entering the second, more acute stage of the illness; the problem is that due to the resource constraints highlighted above, nurses cannot spend as much time with each patient as it should be desirable.

In that case, SARA robots could assist them, by interacting with the users and presenting them with simple exercises designed to improve their condition. For instance, the robots could ask the patient to associate a word to the right colour, or to choose among different stories which one is more fit to a certain context.

“At the moment the product is still in prototype version, we are fine-tuning and iterating its development working together with nursing homes in a collaborative approach, mimicking the work of a nurse with a robot and testing the first functionalities with them,” Bright Cape’s project manager says. In July a startup, also named SARA, was born from the Innovation Activity and was incorporated in Eindhoven.

Next year a navigation algorithm will also be implemented to allow robots to move freely in specific areas of the nursing facility and the SARA product will be commercialized throughout Europe, with Germany, Finland and the Netherlands being identified as the main markets. 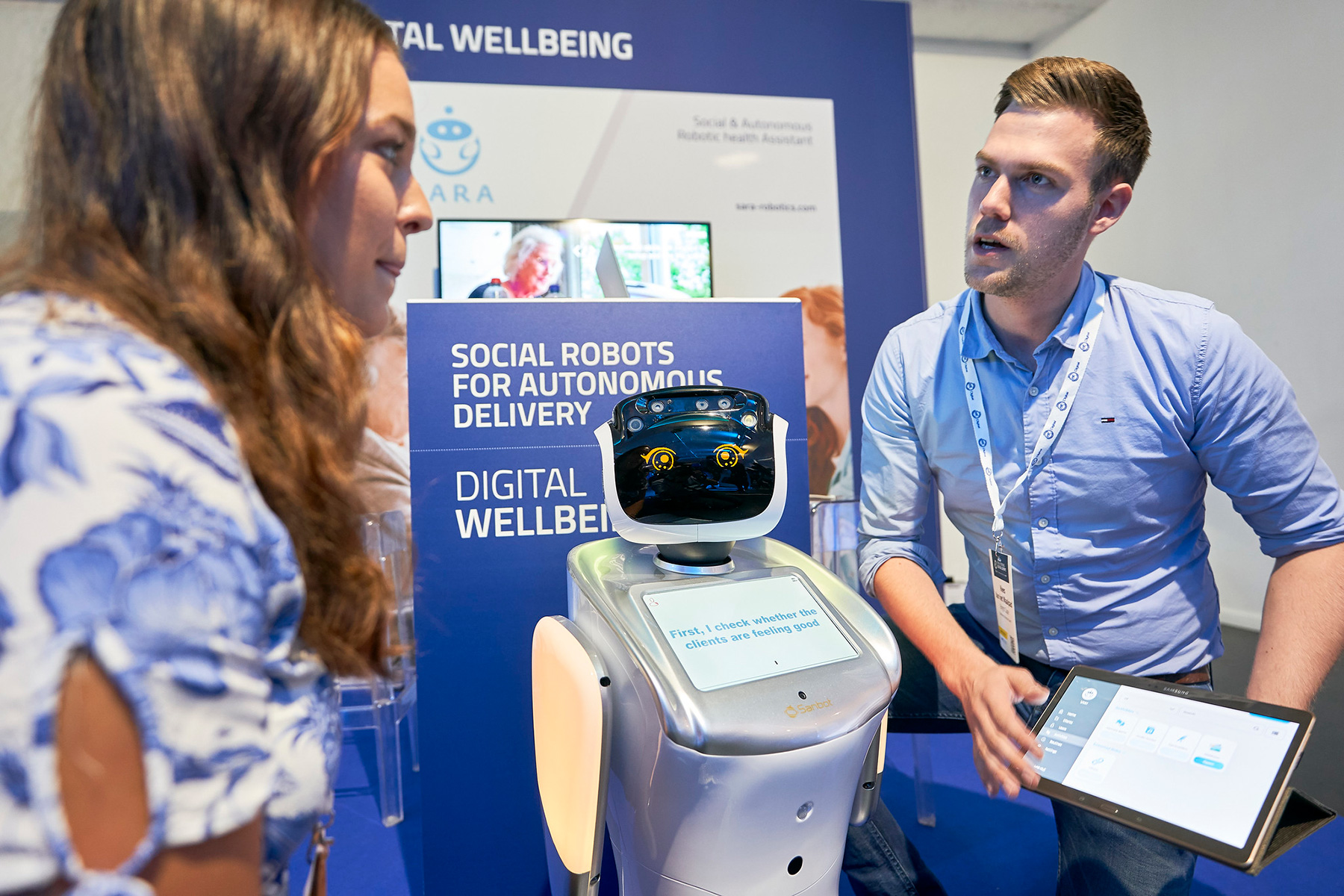 SARA at the EIT Digital Conference 2019.