Eric Thelen: "Artificial Intelligence needs to be used in an ethical way" 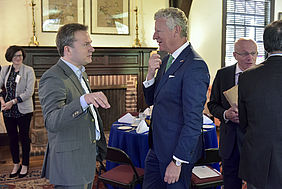 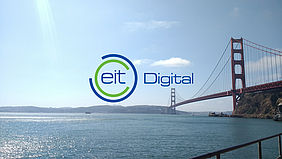 Eric Thelen, director of EIT Digital's Silicon Valley Hub, gave a speech at UC Berkeley last Wednesday, May 16th, about Artificial Intelligence and innovation in Europe. The event was organised by Amici Lovanienses for the visit of Pieter De Crem, Secretary of State for Foreign Trade of the Kingdom of Belgium.

Here are some key points he delivered during his keynote:

About recent progress in AI

Many underlying concepts like speech recognition, face recognition, predictive systems, and even autonomous systems have been there for a long time but they became practical and realizable since then due to tremendous developments in computing power and availability of data.

Not all data is the same – just having a lot of data does not necessarily help with specific applications. Often, it is necessary to have data in sufficient context to make the data valuable, together with what is often called 'meta-data' that allows to draw conclusions and make predictions for the future.”

About ethics in AI

“Artificial intelligence needs to be used in an ethical way – and it is not always obvious what this means. One key component of an ethical use is about the appropriate use of data and data privacy, and GDPR play an important role in this. Another component is transparency, in providing visibility on what the system is doing or expected to do while treating the data. Of course, some level of regulation will be involved to promote and ensure an ethical use of AI. Following on GDPR regulation, Europe has an opportunity to lead on the ethical application of AI.”

“Most companies should have an AI strategy. This does not need to be about big dreams of what might be possible; it should contain specific steps towards what is possible today, based on today’s technology.”

“We are still far from talking about true 'human intelligence' in machines.

The goal of EIT Digital's Silicon Valley hub is to create a true two-way bridge between the European ecosystem of EIT Digital and the Bay Area ecosystem by strengthening the inflow of ideas, talents, students, researchers, entrepreneurs, technology, start-ups, and investments.

Last month, EIT Digital welcomed Jyrki Katainen, VP of the EU Commission, in the Silicon Valley Hub to exchange on key topics such as AI, future of work, regulations and growth.