Skinvision pitching at the Start up Europe #StartupFestEU (Source)

EIT Digital welcomes the nomination of his royal highness Prince Constantijn of the Netherlands as the new special ambassador for startups and seeks to identify and support those thriving European startups who are ready to enter new markets and start their journey to become international brands. 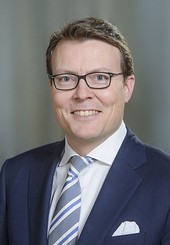 Prince Constantijn (Photo: RVD, Jeroen van der Meyde/Wikimedia Commons)A greatly fragmented European market and investor landscape is one of the challenges that European startups face when they begin to grow. EIT Digital believes that it is crucial for startups and entrepreneurs to move beyond national borders. Our Accelerator enables innovation to expand across borders by supporting early stage scaleups to gain access to new markets and new customers, as well as providing access to finance. Since 2012, EIT Digital Accelerator has supported a total of 233 startups to access new markets and helped them raise more than €67 million in investment to date.

This week some of the promising Dutch startups supported by the EIT Digital Accelerator are participating at the Startup Fest Europe, an event that aims to celebrate Dutch and European entrepreneurship and connect startups with investors and leading tech industry. Security Matters is a scaleup that offers ground-breaking network monitoring and cybersecurity solutions to support organisations operating critical Infrastructure. Skinvision delivers a mobile solution to monitor, track and understand your skin health. Undagrid makes airports, harbours and logistics smarter by connecting their assets in a network. Peeks generates 10-40% cost saving by automatically switching energy consuming assets based on availability and price of electricity in the grid.

To identify the next wave of top European startups and help them scale up, EIT Digital has just launched also the third edition of the EIT Digital Challenge. EU-based startups can apply with their innovative digital technologies in one of five digital technology categories: Digital Industry, Digital Cities, Digital Wellbeing, Digital Infrastructure, and Digital Finance. Prizes packages include €50,000 for the winner in each category and access to EIT Digitals pan-European innovation network.