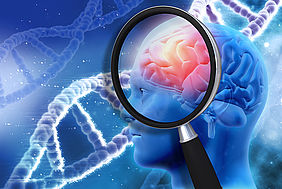 Dementia is a cognitive disorder, caused by neurodegenerative diseases, such as Alzheimer's disease or strokes, which lead to a loss of autonomy and are associated with significant decrease in quality of life. In 2015 around the world, there were 9.9 million new cases of dementia: one every 3 seconds*. This number is expected to double every 20 years and reach 68% of the worldwide population in 2050 (mostly in low-medium income countries and due, in part, to fewer births and a growing elderly population.

Jan Alexandersson, activity leader of ELEMENT from DFKI GmbH, Saarbrücken, Germany comments: "Today, dementia is diagnosed through a series of tests and investigations which are time consuming, expensive and even stressful. Diagnosis is often done late as the disease has progressed and first signs are already obvious."

"We will use 2017 to adapt the technology that is currently in use for American English speakers to British English and French. Between October and December, we hope to be able to evaluate the solution and be ready for commercialisation in 2018. Our primary targets would be homecare and professional practitioners."

"We are planning to launch our startup during the first quarter of 2017 and although we aim to reach across Europe with our solution, we will probably target the French and UK markets first," Alexandersson adds.

ELEMENT is part of EIT Digital's Digital Wellbeing Action Line. The main aim of the activity is to bring a unique new product to the European market that:

Partners involved in the innovation activity are:

The innovation activity will also include two third parties:

The Digital Wellbeing Action Line leverages digital technologies to stay healthy (prevention and early detection) or cope with an existing chronic condition. Both physical and mental wellbeing are considered. The solutions generally rely on enabling consumers to be well-informed about their wellbeing and to be able to use digital instrumentation to monitor and improve their quality of life, according to the motto "an ounce of prevention is worth at least a pound of cure."