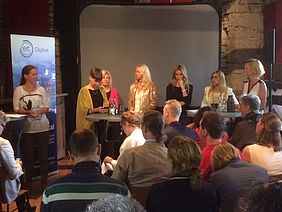 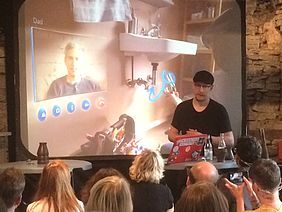 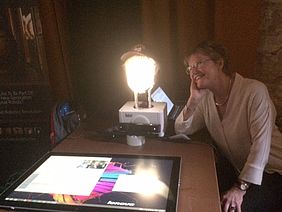 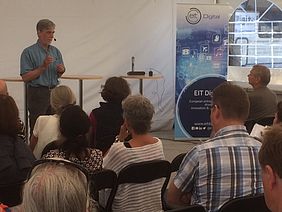 The first week in July in Sweden gathered more than 35.000 participants to the open political forum called Almedalsveckan on the island of Gotland where EIT Digital hosted three events in the 8 day programme - focused this year on various aspects of the digital transformation of society, industry and the need for new approaches in education - from preschool to professional learning.

The digital transformation is sometimes referred to as the fourth industrial revolution, following the technology revolutions based on steam engines, electricity and the Internet era. The term Industrie 4.0 was coined in Hannover 2011 and the new concepts of Internet of Things, Cyber-Physical Systems and Big Data have emerged that challenges traditional industry jobs but also create new opportunities and business models.

The seminar titled Digitalisation - a new industrial revolution aimed at providing various perspectives on the opportunities and obstacles in Sweden, opening a dialogue with key stakeholders on how to strengthen and encourage the transformation to benefit society, future jobs and the welfare systems that rely on them.

Anna Felländer, Chief Economist at Swedbank and prominent thought leader gave the audience a general introduction before the Swedish Minister of Strategic Future issues, Kristina Persson, provided her views. Darja Isaksson, digital strategy expert and member of the Swedish Innovation council called for action - Sweden should be a nation that understands how to exploit information as a new industrial material!

EIT Digital partner SICS, represented by SICS Västerås CEO, Helena Jerregård, concluded that management need to understand technology and decentralised organisation as the new workforce is more flexible and agile. Agneta Jacobsson, EIT Digital Business Developer and leader of the IoT (FNS) Business community, underlined the importance of new collaboration platforms and impact hubs such as THINGs in Stockholm, where FurHat, Evothings, Shortcut Labs and other startups interact with large industrial enterprises such as ABB and Husqvarna, also represented in the panel by Susanne Timsjö and Petra Sundström.

Video from the seminar (in Swedish) at http://www.tvalmedalen.se/7305

Education and talent acquisition in the second machine age?

Following this new business logic and transformation of both workplace and society the foundation for lifelong learning is challenged and need to adapt. This challenge was addressed in the second seminar in Almedalen with an interactive approach, involving the experts in the audience. Moderated by Carl Heath, researcher at Interactive, Swedish ICT, eight work groups discussed and outlined a probable learning day of a person in a near future.

When work is not defined as a 9 to 5 activity and new skills and knowhow is required at a regular base the professional education offer needs to be modified and available for digital professionals. The next generation need to be accustomed to this process and digital skills need to be part of elementary school curriculum. EIT Digital partners were represented by Gunnar Karlsson, Professor KTH who is a thought leader in the national concern on future higher education and Ericsson Head of Talent Acqusition Anna-Karin Ahlflood, who addressed the challenge for large companies to ensure time for new skills training in parallel with required project goal deliveries.

Konrad Tollmar, researcher at KTH ICT school and coordinator of the EIT Digital Master School programmes at KTH, promoted the new concept of the EIT education that combines technical skills with hands-on training in innovation and entrepreneurship. On top of this we try to also add the latest in research and business on specific topics such as Health & Wellbeing, Smart Energy systems, Smart Spaces and Privacy, Security and Trust.

Video from the seminar (in Swedish) at http://www.tvalmedalen.se/6212

The third EIT Digital event in Almedalen was focussed on the hands-on training that is typical for the Maker movement, manifested in so called Makerspaces. Understanding the digital basics that the smart home, smart building, smart city and workplace are founded on will be a necessity for an educated digital citizen.

It is partly an issue of taking part in society but also to be able to develop new services, ideas and products on a professional level. At EIT Digital Sweden Node the students have access to such a makerspace and a team of first year students formed a non-profit business idea called Inicio. The idea is to help high school students make choices in their future higher education by giving them a chance to understand what you can do with more advanced digital skills.

Professor Mark Smith, KTH, coaching the EIT Digital Master students, presented his views on why we need cross-disciplinary education and maker sessions for all levels of knowledge seeking. In the fall of 2015 there will be several open makerspace sessions hosted by the Swedish CLC for professionals and sometimes the general public. A network group is formed together with the Association of Swedish ICT Professionals, Dataföreningen Stockholm.

At the venue, a number of partners presented and provided hands-on experiences of what a makerspace can be about, by representatives from the Swedish Digital Library team Åke Nygren, the Stockholm Makerspace, Harriet Aurell, and the mobile makerspace van by Nicklas Ekholm, IKT-labbet.

Video from the seminar (partly in English but mainly in Swedish) at http://www.tvalmedalen.se/6244