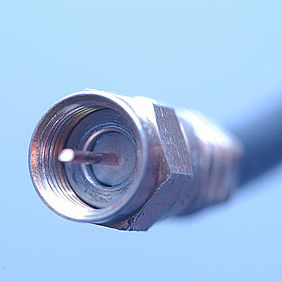 The Celtic Excellence Gold Award 2013 winner is 4GBB (4th Generation Broadband Systems), which has shown that Gbit/s bandwidths can be reached over copper-based access lines up to 200 meters. The project led to a standardization of this "hybrid fibre-copper" solution to achieve gigabit speeds over a copper infrastructure under the name “G.fast”.

The 4GBB Celtic project started in 2009 as an effort to move broadband deployment forward closing the gap between existing DSL solutions and an all-optical access network. At the same time, the ambition was to create another telecom export success for European telecom industry.

The EU Integrated Project MUSE (2004-2007) had gathered major actors from the whole telecom value chain, with emphasis on vendors and operators, and during the project a common analysis, understanding and concern was developed about the obstacles to a faster and more widespread broadband deployment. The Celtic project 4GBB was the resulting effort to turn these obstacles into opportunities.

These opportunities are now to be realized by the new CELTIC project HFCC/G.fast, along with a number of new challenges, for instance economizing backhauling wireless broadband.The HFCC-G.fast (Hybrid Fibre-Copper Connectivity using G.fast ) project has three goals. The first is to complete the standardization of G.fast, a process started by the CELTIC project 4GBB (2009-2012).

The second is to maintain a European technology lead in the broadband area and thus laying the foundation for continued export successes. The third goal is to address the path from a completed standard to a commercial, widely deployed success, including providing a new backhaul technology for wireless broadband systems.

The standardization and technology development by the project facilitates a push of broadband deployment in Europe, thus giving the Digital Agenda a boost. The expected technological innovations of the project lie in the areas of cable and noise measurement and modeling, transceiver technologies such as reverse power feeding, fibre-copper coupling and system architecture, techno-economical models and use-cases including backhauling for base stations.

The EIT ICT Labs activity Heterogeneous Networks and Mobile Backhaul within the action line Networking Solutions for Future Media, makes use of the knowledge from the two carrier projects CELTIC 4GBB and CELTIC HFCC/G.fast (both coordinated by Ericsson AB) to extend the work in the area by means of standard contributions, demonstrators and simulation tools.

More information on CELTIC projects website for 4GBB and HFCC/G.fast