Bridging the gap between online and physical world 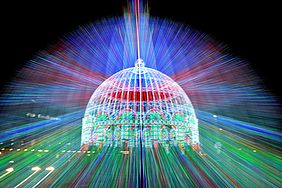 Proxible: Bridging the gap between online and physical world

When ‘things’ such as consumer items, outdoor/indoor infrastructure and enterprise assets become connected to the internet, new experiences, operating efficiëncy and business models are created. Industry giants such as Cisco predict that by the end of this decade there will be 50 billion connected devices connecting man, machine and processes.

Proxible is a young high-tech startup in the area of "Internet of Things" coached by the Business Development Acceleration team at the EIT ICT Labs Co-location Centre in Eindhoven. Proxible discovered that even in the current information era where access to information is no longer a challenge, finding the right information still is! How often have you walked in a city, zoo or airport and couldn’t find the shop, location, information on the painting/animal/statue, etc when all that information is available online? Proxible then decided to bridge this gap between online and physical world and make life easier in all these areas.

People make their best decisions when they have access to trusted information at exact the right time. Proxible offers a sensor enabled hyper-localized interactive services platform that triggers the right content at the right time through the users’ smart phone. It is a real-time platform with a dynamic feedback loop and it can be your next level in delivering interactive information cues to support decision making processes. For both: the sender and the receiver.

Proxible's technology attracts, engages and captures the attention of audiences to their customer's business. The smart sensors of the Proxible platform combine an on-spot experience with an online engagement on site.


Manifold applications from hospital to event

The application areas of the Proxible platform are manifold as has been proven by the cases in which the pilots took place: a campus, a mall, a museum, an exhibition. Cool technology so to say .… especially with the current development that more and more retail shops close down in favor of web trade. And it pays off! Proxible has welcomed the first customers. These early adopters are now live with the Proxible product. And what we see is that other companies start to embrace the Proxible solution. Another positive vibe for Proxible is a user coming from an unexpected angle. It is something that Proxible didn’t expect immediately but it appears that also local governments start to use the Proxible smartness to revive and upscale the dynamics in their towns!

Since early 2014 Proxible has several customers where an enhanced user experience is requested. To name a few Westfriesgasthuis, a leading Dutch hospital, NS, the Dutch Railways, Ouwehands Zoo and the city of Eindhoven with its very international prestigious event called ‘Glow’.

Proxible was launched by Shinjan Dasgupta (CEO) and Bas van den Heuvel (COO). Very soon after they presented their idea to friends and friends of friends, the current 7 members joined the core team. Taizoon Miyajiwala (CTO and co- founder) and Chris Morgan take care of the platform while Conrad Bartels Daal, Arthreya Rajaraman and Howard Seraus take care of hardware and the mobile experience. Next to this Proxible is partnering with existing giants in the market, giving the team the opportunity to build the greatest experiences.


What makes it important for Proxible to stay under the wings of the EIT ICT Labs?

Bas van den Heuvel argues: “The ecosystem of EIT ICT Labs is important for Proxible to connect to possible suppliers and customers through the active network. Together with the entrepreneurial experience that the Business Accelerators offer it is important to stay closely connected.”


What can Proxible make possible for EIT ICT Labs?

For Proxible it is a clear 'win' to be part of the Eindhoven Co-location Centre and EIT ICT Labs ecosystem. Bas van den Heuvel sees the advantages also for EIT ICT Labs: “Unfortunately there was not enough time to prepare our technology to promote EIT ICT Labs during the Cebit exhibition in March 2014, but enhancing the user experience and promote EIT ICT Labs on the Milan World Expo would be a great next opportunity and possibility. Imagine what a big win-win that would be….”
More information: http://www.proxible.com
Contact: Bas van den Heuvel