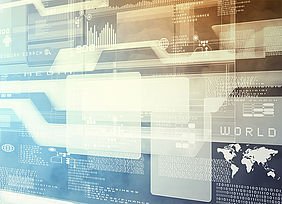 IEEE, the world's largest technical professional organization dedicated to advancing technology for humanity, announced today in collaboration with, IEEE Software Defined Networks (IEEE SDN), and EIT Digital, a joint roadmap for a breakthrough collaboration model to boost 5G innovation during Berlin5Gweek on November 2, 2016, which followed the San Francisco launch in May 2016 of an international Open Testbed Community (OTC).

The two trillion dollar global telecom market is undergoing a radical transformation based on software defined networking and 5G development. This new environment demands new testing paradigms and the IEEE together with EIT Digital are stepping up to this challenge.

Included in the roadmap are:

Marko Turpeinen, Director EIT Digital Silicon Valley Hub stated: “Europe is committed to fostering rapid development and deployment of 5G in an open environment that can benefit from worldwide contribution. The OTC is seen as a first step in this master plan. In the coming years, 5G will be built and put to use, enabling a rapid growth of IoT Digital Infrastructure with impact on Digital Cities, Digital Health, and Digital Industries, areas that are fundamental components of EIT Digital's strategies for driving digital Innovation in Europe leading to positive societal impact and economic growth."

Eileen Healy, Co-Chair of the IEEE SDN Initiative, agreed and added, "This collaboration has already resulted in the creation of a new ‘Wikipedia of Testbeds and Toolkits' which is desirable to allow the sharing of test platforms, plans and/or results within the telecom ecosystem. This will improve resiliency, security and performance of next gen networks."

The workshop was part of the IEEE 5G Summit series, demonstrating the continued collaboration between IEEE and EIT Digital aimed at providing the community at large the support of two trusted third party organizations to the acceleration of 5G innovation around an open forum.