Athom funded for over 1 million euros with latest investment round ! 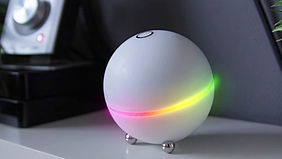 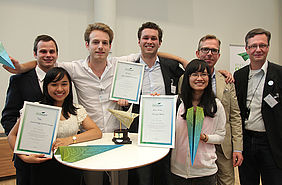 EIT Digital coached startup Athom, the company behind the voice controlled personal home assistant Homey (www.athom.com), has raised over 1 million euros in funding. Homey, was winner in last years’ Idea Challenge by EIT Digital, in the domain Smart Spaces and is now coached by the EIT Digital Business Accelerator. Congratulations!

The Enschede-based startup made the announcement on Friday 12 June, after closing their first investment round with private investors. The funding will be used to bring Homey, the speech-controlled all-rounder at home developed by the company, to market. The startup has been a success on Kickstarter, with over a thousand users backing the project. Earlier this year, Athom has been crowned ING Starter of the Year.

Stefan Witkamp and Emile Nijssen, the two founders of Athom, say it has been a ‘magnificent year’: ”It’s fantastic to see the response of everyone on Homey. After our Kickstarter campaign last year, we have worked really hard on the project. Team expansion, production design, and continuing into production”, says Emile Nijssen, responsible for product development. “In the meantime we have also built Athom into a healthy organization. This enables us to support our current backers, and to launch Homey successfully in stores”, adds Stefan Witkamp, the commercial director. Homey’s market- introduction is planned right after the summer, when the people that have backed Homey on Kickstarter, or pre-ordered one on Athom’s website, have received their devices.

Athom is ready for the future with this investment round: “This funding ensures that we can bring Homey to market in the best way possible”, explains Witkamp. “It enables us to boost our production, build up stock and expand our team to keep improving Homey.” It is clear that this is not a one-off project: “We see so many awesome possibilities with and for Homey”, says Nijssen. “And the best thing is that others do too. That is why we invite everyone to jump in on the Homey platform.”

Athom was founded in the beginning of 2014 by Emile Nijssen and Stefan Witkamp. The team has grown to 15 people working on the development and realization of Homey, the personal assistant at home designed by the venture. With Homey they aim to realize the dream of a real smart home, connecting users easily and intelligently with all their wireless devices, entertainment systems and internet services, and let them all communicate with each other. Homey is available for pre-order at this moment at www.athom.com, and will be available in stores after this summer.

Author - Else Embregts
Back