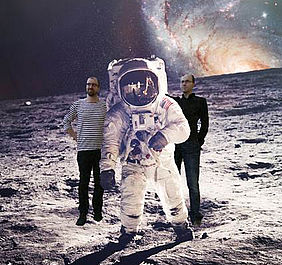 The best selfies have more than just a face; there’s something interesting to look at in the background as well. With that in mind, one of EIT Digital’s core partners in Finland, VTT, has implemented a selfie wall, which seamlessly merges the person with content shown on the screen, for example a historic photo or an advert.

Unlike other selfie walls in the market that can merge content with images, VTT’s solution merges the person's image in three-dimensions with the on-screen content, for example, he or she can be partially hidden behind certain elements. This is done by using a depth sensor that positions the person between elements appearing in the foreground and background of the image.

The selfie wall application is best suited for entertainment as it offers a playful opportunity to interact with on-screen content. The application can be used, for example, to make the content of an exhibition stand or outdoor advertisement interactive, interesting and highly approachable.

The image-sharing functionality has been made as intuitive as possible so that selfies can be shared in real time via social media.

The current version is just a start and is being further developed in the EIT Digital project Smart Retail with Nokia and will be commercialised by mFabrik Oy.