Google, Microsoft and SAP talents' professor is lecturing at ELTE 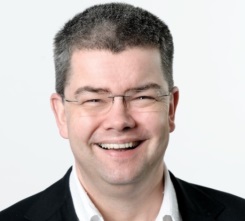 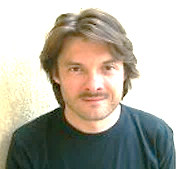 'Software Tests for Free' is the title of the lecture that professor Andreas Zeller, Universität des Saarlandes is goint to present on 6 February at the first Software Technology Forum of 2015, a joint event of the EIT ICT Labs Budapest Associate Partner Group and the John von Neumann Computer Society, Hungary.

Registration is required for this event: http://bit.ly/szoftvertech2015

The lecture of Andres Zeller deals with such fundamental questions like ’Why test manually if one can generate tests?’ Recent advances in genetic algorithms automatically explore the behavior even of internet-scale applications by systematically evolving a population of inputs (keystrokes, clicks, settings) towards a testing goal such as coverage. To check the results of these tests, professor Zeller will present his recent research that automatically mines patterns of normal behavior from a multitude of instances – for instance, by comparing web site behavior across multiple browsers, or comparing app behavior against similar apps from app stores. These techniques easily scale to industrial settings, and companies like Google or Testfabrik startup are rapidly adopting them for full-fledged testing systems. Big Data software breakdowns can also be easily avertable this way.

Andreas Zeller is a full professor for Software Engineering at Saarland University in Saarbrücken, Germany - a partner university of EIT ICT Labs Master School. His research concerns the analysis of large software systems and their development process; his students are funded by companies like Google, Microsoft, or SAP. In 2010, Zeller was inducted as Fellow of the ACM (Association for Computing Machinery, the world’s largest educational and scientific computing society) for his contributions to automated debugging and mining software archives. In 2011, he received an ERC Advanced Grant, Europe's highest and most prestigious individual research grant, for work on specification mining and test case generation. He has been a frequent guest researcher of Microsoft, and in 2013, he co-founded Testfabrik AG, a start-up for automatic testing of Web applications. Zeller’s book entitled 'Why programs fail', published in 2005 is a state of the art in automated debugging.
https://www.st.cs.uni-saarland.de/zeller/

An introductory lecture: ’Let’s PaRTE’ is going to be delivered by Tamás Kozsik, associate professor and vice dean responsible for R&D projects and innovation at the Faculty of Informatics of Eötvös Loránd University. His fields of research are programming languages and methodology, program analysis and transformations, and parallel/distributed computing.

Professor Kozsik states that if we restructure the code and replace sequentially designed constructs with instances of high-level parallel patterns, we can better exploit parallelism and, at the same time, we may enable the flexible dynamic mapping of software components to hardware elements. Code refactoring to introduce patterns is hard to carry out manually. A software development tool allows us to automate the process to a certain extent: it can detect pattern candidates, and apply supervised transformations on the program text. The talk presents the ParaPhrase Refactoring Tool for Erlang, which improves programmability of manycore systems by facilitating parallelization of Erlang code.

About the Software Technology Forum

The forum is an event series organized jointly by Eötvös Loránd University, University of Szeged and Budapest University of Technology and Economics since 2001, supported by the John von Neumann Computer Society, Hungary. It deals with the actual status and possible future trends of major software development topics by inviting international and local wellknown researchers as guest lecturers. Among these presentatons one can hear such unique talks like the one delivered last year by Bjarne Stroustrup, creator of the programming language C++, also at the ELTE Faculty of Informatics.