The future of Medicine is bioelectronic.... 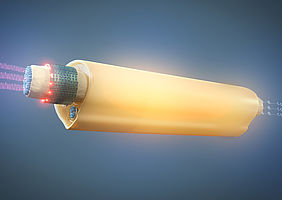 Ever heard of "electroceuticals"? These are new devices that can be implanted in the body to interfere with the electrical activity to contain and even cure specific pathologies. It is bioelectronic medicine.

GlaxoSmithKline, GSK, is working in this area and is convinced that they will steer the future of medicine in the next decade.

So far medicine has been able to treat (several) chronic conditions using drugs. In most cases these drugs have some undesirable side effects, they have to be swallowed (or injected) and in the "voyage" from the entry point to the target organ they meet and interact with other tissues and organs.

By using electrical stimulation directly on the nerves doctors can influence the behaviour of that specific organ with no side effects.

GSK is currently working in partnership with Google with a joint investment of 700 million $ over the next 7 years on rheumatoid arthritis and diabetes.

GSK is also participating in the IEEE Brain Initiative where implantable devices are being studied.

At the same time the US National Institute of Health has launched the SPARC initiative: Stimulating Peripheral Activity to Relieve Conditions, based on the same assumption that conditioning the electrical activity can condition and resolve some chronic pathologies.