The future of Jobs - The change we have seen 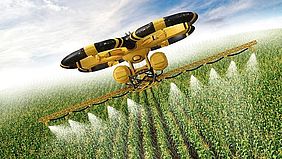 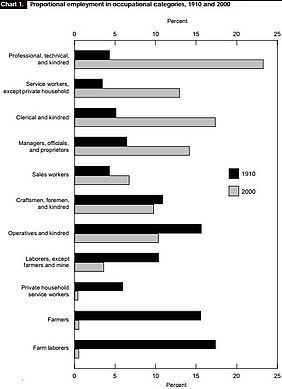 Looking back a hundred years it is quite impressive to see the changes in jobs. Credit: BTE blog

If you were to show around a person coming from the early 1900, that has been sleeping for a hundred year, you can understand he will be quite surprised to see how the world has changed.

He would find plenty of cars and airplanes (he probably saw none at his time, he was just told that such things existed), telephones in the hand of people and computers, the Internet. He will also be quite surprised at what he will no longer find: people working in the fields. And yet, something magic should be going on, seeing all the groceries in shops...

Agriculture is probably the area that has seen most changes in the last hundred years. Just forty years ago in China, Cambodia and Vietnam, to name places I experienced first hand, the world seemed to me so different as what it would seem the world to this person coming from the past. Agriculture still dominated those societies.

But it is not just agriculture. Take a look at the graph showing how much jobs changed in the last hundred years.

The pace of evolution in these last fifty years has been exponential in the area of electronics and that area has become more and more pervasive leading to an exponential evolution also in other sectors. If you consider the Moore's law and its claim (verified and sustained in the last 50 years) of a doubling of transistors every 18 months (which loosely correspond to doubling in perceived functionality every 10 years - that is because our perception is logarithmic) it means that in the next 18 months we will add the same number of transistor on a chip as we have added in the last 50 years, or, from a perception point of view that in the coming 8 years we will experience the same amount of changes we experienced in the last 50 years.

50 years ago there was for no job for MRI technicians, no job web programmers, no job for gene sequencing, no job for data analyst. Actually some of these jobs just arose in the last 20, 10 and even 5 years.

Evolution will keep going on, that is a given. Hence, we can expect similar changes in jobs as we have seen in the past, but they will be happening faster.