The data economy: the whys VII - Creating bits out of bits, value generation 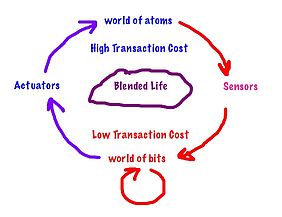 More and more opportunities are found in the generation of bits out of existing bits. These opportunities are also bringing to the fore new issues and major privacy concerns as issues of ownership and accountability gets fuzzier and fuzzier. 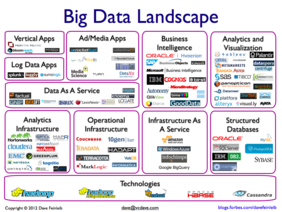 The mixing of atoms and bits to a certain degree seems inevitable. How could you play with bits only? By the end of the day these bits have to be attached to atoms, be it on a printed page or a screen. Creating a video game and thus generating value makes sense only if you have a device to play the game, and that means atoms. Similarly a digital song has an economic value if you can listen to it and hence you need some sort of physical player (or at least a computer running the software to play the song through its loudspeaker).

However, for our purpose, that is looking into the data economy, we can assume that if the fruition of bits takes place via a device that can be considered as a given, independent of the transformation of bits into something we can perceive the economy remains a pure bit related economy, although for me it is not per sé a data economy. For this we need the creation of an alternative to the economy of atoms, and as such we see a disruption taking place in that economy. Let me clarify this.

Apple in general is not basing its biz model on a data economy, it makes significant money by the selling of atoms, be them an iPod, a Mac or a watch. On the other hand, the sale of musics and apps through the App Store and iTunes can be seen as a "flanking" data economy that indeed has disrupted the existing music industry. On the other hand, Photodex sells software to create photo projection and works purely on bits, downloads its products through the network, market them on line, creates communities of users, leverages on them to sell software adds on and data adds on. Clearly they take for granted that their clients have a PC to run their software (or a least a device that connects to the Cloud where computation services are provided). Their biz model has several characteristics of a bit economy but it also has a few of the atom economy in my mind. This is the case of several other software companies, including all companies in the video game biz, the big ones like MS or the smaller ones like VMWare and many of the ones clustered under the Big Data banner by Forbes.

All of this represents today a significant part of the data economy but it is just a trifle of what will happening in the coming years as more and more data will become available.

I gave a first example of what value a data economy can generate in the first series of posts, related to application of the data economy in the area of health care.

The crucial aspect that, for me, characterises the data economy and that cannot be found in so called software companies of the past is the disruption created in the atom economy. Companies like MS, SAP and so on did a great job in helping existing companies to be more efficient in their biz, in a way they entered into a symbiotic relation with them. Apple and Google did something different: they disrupted existing biz, creating an alternative in the data space, be it reinventing the music industry or  the ads industry. Google also provided tools to empower each of us to plan for a trip and make reservations: Expedia, Booking, Airbnb are in a way instantiations of Google to this specific biz, adding value by integrating search. And all of them disrupted the travel industry.

This is what is evident also in the examples given in the health care space. The data economy has the potential to change the rules of the game and I claim that this is what characterise the data economy. And this is true for many more areas, as I will try to explain in the coming posts.