The data economy: The future of health care is data based - V 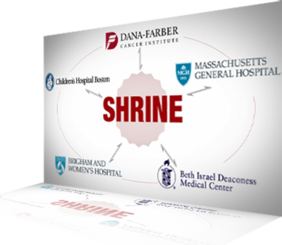 SHRINE is one of several initiatives to make medical records searchable by doctors to find similarities and decide on therapy. Credit: Harvard Catalyst

In the previous post in this series I looked into the progress made by data analytics in the area of personal health parameters, an analyses that usually takes place on a wearable device (outside the control of FDC) or somewhere in the Cloud but still focussing on a single person data.

Now let's turn to the advantages that we could expect by performing data analytics on millions of people, looking for similarities and differences to pinpoint what could be the best cure (or identify potential pathologies well before clinical signs are present).

The leap from the personal data to many people's data has a major stumbling block: privacy. How willing are you to share your data and, if you are, what kind of trust you have in the system that your data will not be used in bad ways?

Most people would not be so sensitive to the sharing of their data, particularly if they feel "healthy". In other cases, they might be afraid. Independently of personal feelings in most Countries strict regulations constrain the sharing of sensitive data and health ones qualify.

Although Apple, Google and others are setting up systems to harvest and store health related data so far, and for quite some time in the future, medical data are harvested and stored (EMR - Electronic Medical Records) by companies that do not usually fall under our radar, companies like Epic Systems that comply with Countries regulations and are supporting the professional medical community and hospitals.

This is likely to remain so for quite some time. We have a bottom up growth of health data and a top down growth of medical data, these latter provided by physicians and hospitals. In Italy there are many separate EMR, each one covering a region (called "fascicolo sanitario elettronico", an Italian translation of EMR) -see as example the one managed by Tuscany (in Italian, sorry), and there is the intention to come up with a European wide EMR.

To appreciate the value of sharing EMR we can look at SHRINE, Shared Health Research Information Network. It covers, as of Spring 2015, over six million patients records providing over 10 billion of medical data, and this all started with just five participating institutions. Now in 2015 there are over hundred centres in both US and Europe; just imagine the amount of data that would be involved in a US or a European wide EMR.

Intersting reading  the article in the Spectrum Magazine on Data for Health Care: "Their Prescription: Big Data". There you see a testimony from a couple where the spouse was diagnosed breast cancer at the III stage. That would normally call for a radical mastectomy plus a good deal of finger crossing...  The husband had access to SHRINE and by comparing his wife parameters with those of thousands of other women was able to detect a clear pattern indicating a cure through a suppressant of estrogene. Big Data Analytics proved its worth, as after a few months of cure, and with no  need for mastectomy the cancer disappeared.

SHRINE is an open software that provides neutralised access to medical data. This is what is needed to run data analytics and detect patterns.  It can be used by doctors looking for the most (probably) effective cure but it is also being used by pharma to detect undesired effects of medicines, including adverse effect deriving from the combination of two or more drugs. Also crucial is the structure of SHRINE: it leaves each data owner the control of its data since data queries and analytics are distributed and raw data never leave the owner basket. This control has been crucial in fostering the adoption of the system.

Big Data Analytics are really paying off. At the same time they are changing the rules of the game, the economics of medicine.

Long and costly trials required in the past (and today as well) are giving way to analyses of data, which is both faster and cheaper. This dramatically cuts the investment required and opens the market to smaller companies, many of them, thus also creating a vibrant competition that in a positive spiral accelerates evolution.