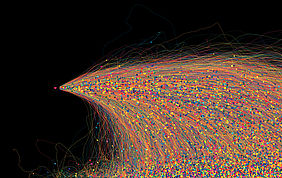 The project WefeelFine gathered posts, tweets, images and much more of what happened in the last 10 minutes on the Internet. By filtering this huge set of data it is possibile to drill down to specific areas and prevailing feelings on the Internet. Credit: We Feel Fine. 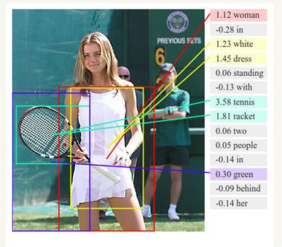 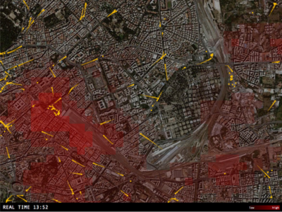 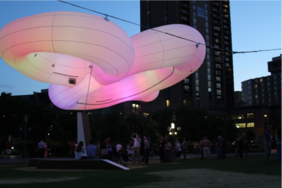 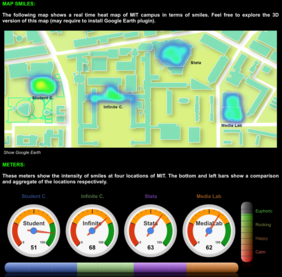 Probably the most straightforward way to extract value from data is to apply filters. The problem, of course, is how to match a filtering criteria to a relevant data. Filtering has become more and more sophisticated, although not everywhere. When I search for something in my email lot (that’s pretty close to be big data…) I only get exact matches. When I search the web using Google I get a broader set of results since Google looks for synonyms and more and more is able to interpret the search string as a question.

Dedicated apps for navigating through a city data fabric are getting more and more sophisticated, 3cixty developed in EIT Digital activity in 2015 falls in this category.

Today the extraction of meaning out of big sets of data is pursued through deep learning technologies, the grand children of the data mining technologies of the nineties. They have the capability to create applications that learn and get better the more they are used. Deep learning examins data in subsequent layers creating progressively more abstract views making meaning emerge.

As shown in the photo deep learning applied to an image first decomposes the image into a number of components then associates to each component a “weight”, These weights are used to evaluate the probability such an image (or any other representation, including a text where the conponents are the various sentences) can be relevant to a given search.

With the growing access to a variety of data streams representing different aspects of a city it becomes possible to find “hidden” meaning, to spot patterns and phenomena that are not evident in any single stream but emerge once we analyse them all together. Finding correlation is going to provide city administrators and citizens with a much better understanding of their city.

The problem with correlation is that it can circumvent anonimity. Data that have been anonymised, like the identity of a cellphone when sharing its call behaviour, positions….if correlated with other data may lead to the identification of the user.
This is possibly one of the most thorny challenges that a Municipality aggregating and opening data has to face.

The ensamble of data that describe an object, its behaviour can become so precise to actually become a unique description of the object. By taking these data and pruning all the ones that are redundant (in the sense that they are not contributing to its unicitiy) we obtain the digital signature of the object. A washing machine vibrates when it is working. Engineers have discovered that each single machine vibrates in its own unique way that is unaffected by where the machine operates.  They also found that two machines of the same model vibrates differently, hence they can be single out one from the other, but they also share some common characteristics that singles them out from a different model. Hence we can have both a signature for a specific machine as well as a signature for a model.
This concept can be applied to buildings, apartments, vehicles,

Interestingly, the dynamic data associated to an object can also provide a sort of signature of what is going on. Tracking the movement of a cell phone can tell us if the owner is walking, it is on a car or on a public transport. By looking at the charateristics of the movement, speed, stops and go, accelerations… it is quite easy to tell the story.

This is useful for a city planner and manager since by just looking at the way cellphones move one can get a very precise understanding of the traffic situation, how many people are boarding a bus, when they hop on and when they hop off. It becomes possible to track the position of buses in the city, see if they are slowed down and more.

In many cities public bus drivers are given a cell phone for service use. That phone can be used to track the bus with a good accuracy. Of course this information can be shared so that citizens can see where the various buses are, and can be shared with apps that can inform people on the best way to go from A to B.

The Digital Signature creates a virtual city that can be exploited at very low cost by service providers and its one of the benefit of having a Data Fabric.

There is no point is having a Smart City, however you are classifying “smarteness”, if its citizens are not “happy”. There are various ranking on the happiness of Countries (with Bhutan and Costa Rica topping the list) and happiness of cities but they tend to be based on macro parameters (education level, average income, crime level, life expectancy and so on).

Now there is the possibility to look at the “person” level.

By analysing the “happiness” level of messages exchanged through social media, tweets, and instant messages applications can detect the mood in a community. It can spot areas in a city where people are happier, other where they are stressed and so on.

So far these have been demonstrations of feasibility. At MIT safety cameras all around the campus and in the buildings have been used as sources of images of the faces of people. These are analysed to detect various types of emotions, happiness, concern, stress, annoyance, boredom… and the prevalent emotion is converted into an emoticon that is shown on panels with the map of the campus, each area showing the prevailing emotion. In Minneapolis a Moebious like sculture represents the various city’s boroughs, each illuminate with a different light representing the prevalent emotion.