Robotic hand almost as good as ours 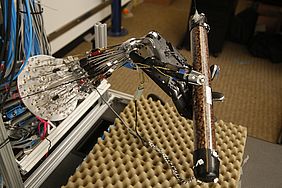 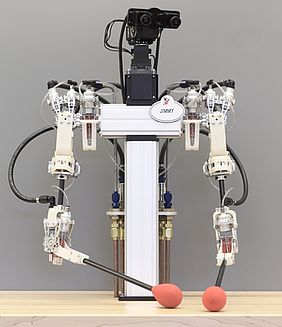 Our hand is a very sophisticated tool. It can move in many ways, scientists usually say that the human hand has 27 degrees of freedom, in other words it would take 27 motors to emulate it. No wonder that it has been a challenge to create an artificial hand for robots.

In addition to the 27 degrees of freedom a hand has plenty of sensors that let's us feel what we are touching or picking up and let us finely tune the force we are applying.

Now a team of researchers at the University of Washington has managed to create a hand that in terms of movement is similar to the human hand, supporting dexterous manipulation of objects.  The robotic hand has 24 degrees of freedom and its joints are controlled by pneumatic tendons.

What is most interesting is that the "hand" can learn, as it is the case with ours. If it fails in doing something it changes its strategy over and over until it succeeds.

What is even more impressive is that every single day I am reading of some advances in robotics, making robot more and more flexible and hence more and more suitable in many areas, including bagging fries at McDonalds.

At Disney Research they developed a robot that is intended for telepresence manipulation. It is so smooth and precise that, from a distance, you can command the robot to thread a needle or to pick up an egg. It does not have hands, but sort of rubber drumsticks that can be very gentle on the objects it touches.

We are already stepping over the edge of the robotic precipice...