Opening a can of worms 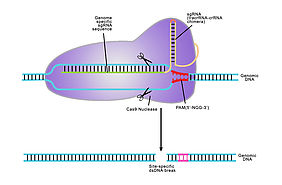 Just two weeks ago I spoke at the Board of Directors of the IEEE discussing what Innovation is and what it takes to the largest technical organisation in the world to maintain the lead.

This was not so in the past. Technology was scarce and a technology advance de facto resulted in an innovation since the market was waiting for it and ready to exploit it.

Nowadays, in an era of technology abundance, technology has been moved to the backstage.

A corollary to this theorem, is that if you are interested in innovation you should consider its various components: economics, social, cultural, ethics, and technology.

Unfortunately, I would say, ethics and technology are related, not in the sense that technology is ethical or non ethical but in the sense that technology is an enabler and what enables is often leading to unbeaten tracks. This is less so for economics, where there are obviously strong ethical issues (is it ethical to spend 40% of health care budget to prolong the life of well to do people by a month when such money could well extend the life expectancy of people in poor Countries by several years, if not decades?) but we usually do not have "unexpected" paths opening up and likewise in the social domain.

The power of technology to brings us into the unchartered areas is also its Achille's heels in ethical terms.  Areas like brain study and genome engineering are obviously fraught with ethical questions.

All this came back to me as I read a commentary from an interview to a Kansas University professor about the feasibility of "de-extinction", that is, to bring back to life species that went extinct years, centuries and even eons ago. The interview was prompted by the last movie of the Jurassic Park saga. When Jurassic Park started, back in 1993, it was a figment of the imagination to think of engineering the rebirth of dinosaurs. Now, 20 years later it is a matter of technical difficulties with a solid scientific underpinning considering that a re-birth of a "bucardo" (an extinct type of ibex) already took place in Spain in the 2009.

In the interview Andrew Torrace, professor at KU, explains that it is a matter of a few years to see the de-extinction of the "dodo" or the "mammuth". For the dinosaurs the challenge is bigger since we do not have a good DNA left.

The technology used is CRISPR (Clustered Regurarly Interspaced Short Palindromic Repeats) a technique that was discovered being used by millions of years by bacteria to change their own DNA.

My feeling is that in this century we will be confronted with many ethical questions that we have not even thought about in the past (and today). We are really moving into unchartered territory.