Looking back at the magic of life 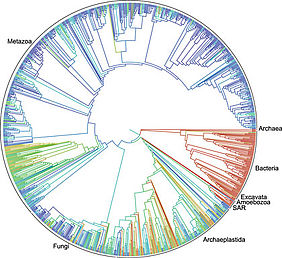 The latest tree of life comprising 2.3 million species, the largest compiled so far. This circular family tree of Earth’s lifeforms is considered a first draft of the 3.5-billion-year history of how life evolved and diverged. Credit: Duke University 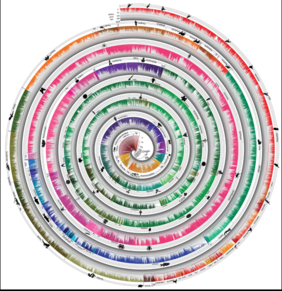 Only 150 years have passed since Darwin had the intuition that all life forms on Earth were related through ancestors that over million of years diverged to create the variety of life we see today (that is just a tiny fraction of the life forms that populated the planet over the last 3,500 million years).

Now, using the capability provided by molecular computers (polymerase chain reactions used to "read" the DNA) and computers to process the data it is becoming possibile to derive information on the relations existing among living species and go back to their ancestors. For a wonderful reading on the history of life evolution in 41 steps read Richard Dawkins masterpiece: The ancestor's tale, one of the best book I have ever read.

Notice that some of the species included in the tree of life no longer exist today, they disappeared long time ago and were reconstructed using computer programs. Also there are a huge amount of species that no longer exist today and that have left to offspring so we cannot go back to them. They are lost forever. And their number has to be huge by looking at the 5 great extinctions we know of that almost wiped out life on the Earth.

I am amazed to see what science and technology has made possibile. Look bak 3.5 billion years and get a feeling of how life evolved.