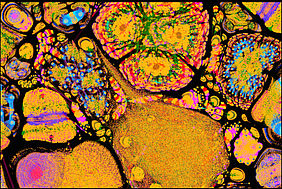 Ever thought on what may be going on in a computer "brain"? This image is a representation of a full training graph from ResNet-34 created in September 2016 an monitoring the activities of a deep learning process. Graphcore says this looks like an MRI scan and it is one of the first times it had imaged the complete graph for this network. The image shows computationally intensive vertices, with their connections highlighted in blue. Credit: Graphcore 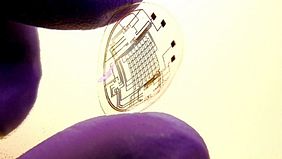 An autonomous system has to be “intelligent” to the extent that is has to work out, by itself a survival strategy in its interaction with the environment. The more interaction is present, and the more articulated (varied) the more intelligence is required. The quest for embedding intelligence in autonomous systems goes back to the creation of robots and as they become more and more flexible, adaptable, they move around and increase the level of interactions with the environment, cooperate with one another the need for higher levels of intelligence grows.

More recently, studies have also emerged on “collective Intelligence” and interestingly they look for inspiration at biological systems.

In the context of symbiotic autonomous systems the overall intelligence is shared among its components and it is interesting to study how the human intelligence can cooperate with the artifacts intelligence. This is a brand new area that goes beyond the human machine interface, although it is related to it. It is also an area where discussion is going on under the banner “augmented humans”.  The idea is that a symbioses with a machine, with an autonomous system, can lead to an increase in our human capabilities. This is actually already happening, think about you using the smartphone to get information from the web. It is like your memory is getting a boost. Today we have a visible separation between us and the system “intelligence” (mediated by our smartphone) but this separation will become fuzzier and fuzzier as the interaction between the “I” and the machine becomes seamless.  Google glasses were a step in this direction (although they succeeded in very narrow areas) in the sense that they provided a more seamless interace between the person and the machine.

Contact lenses doubling up as screen are just around the corner, and they will bring us a step closer to seamless interaction.

Intelligence is difficult to define, there are so many nuances, but it is clear that extending our capability in reaching information and processing data is boosting at least the perception of intelligence.