Let citizens measure the smartness of their city 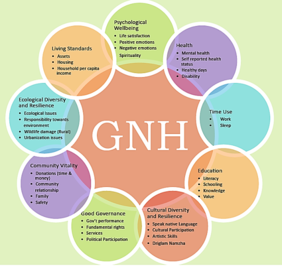 As I have pointed out there are several metrics that are being applied to smart cities, mostly measuring the city “without” its citizens. Citizens might be measured indirectly in terms of the pro-capita wealth, of the adoption of certain technologies (like smartphones and computers), of the adoption of digital services (like eGovernment, digital health care, on line payment).

These metrics are also used at the international level by the United Nation to compare the progress of whole Countries and usually are under the name of Human Development Index (HDI). This index takes into account aspects like life expectation, education, access to health care…  It is for sure a better representation of the “social” evolution than the one provided by measuring the penetration/adoption of technologies.

There is another kind of metrics that is much more focused on the citizen, the Gross National Happiness, GNH. This metric was “invented” and adopted by the Government of Bhutan several years ago, in contraposition to the metrics based on GDP, Gross Domestic Product.

At  first this metric was considered a joke: what does it mean that a person is happy? Is that a better measure than the one looking at the average income?

Then, after a few years and many disparaging comments the GNH is now being considered more seriously also by politicians, city planners and economists.

The shift in focus from material growth (represented by the GDP) to happiness growth may clash with some economic creed (also in the popular parlance: “money makes money”, and “money doesn’t bring happiness”) but to many it seems that even though the latter should not replace the former at the very least it should be considered to make sure that improvement in the former does not result in a worsening of the latter.

Interestingly, ranking of cities based on the GNH parameters yields quite a different ranking than the one based on pro-capita wealth, GDP or the one based on technology aspects. By ranking through the GNH Rio de Janeiro makes the top position, followed by Sydney and by Barcelona, among the big cities. By comparison Rio is listed at the 188th placement when ranking big cities by pro capita GDP, one of the lowest in the world (for the record the lowest according to the 2011 ranking was Cairo, at the 200th place).