Innovation in Smart Cities of the future - Part X, The Edges 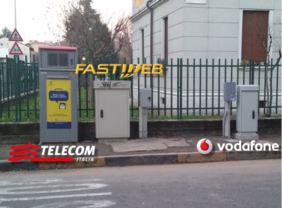 Cabinets are ubiquitous in a city. They can be used as wireless access point. 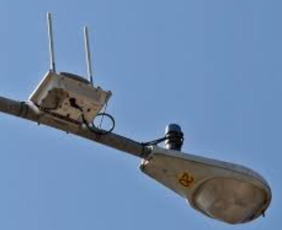 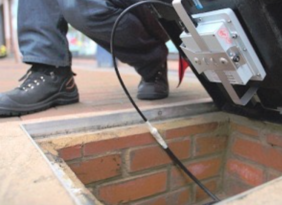 WiFi in a manhole under the sidewalk in Chesham. Credit Virgin Media 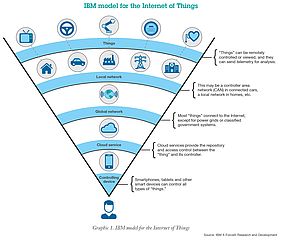 The telecommunications infrastructure is pervasive in many urban centers, although most of the time it may not be up to the task of delivering the high speed Internet we can experience at home. The wireless infrastructure is shared among several users and although ads from telecom companies promise Mbps (and nowadays tens of Mbps) through 3 and 4G the reality is that the user experience is often poor. We would need to have much smaller cells so that the wireless capacity provided by the cell is shared among a more limited number of users. Picocells would be nice but the investment is too much, particularly considering that most of the WiFi traffic is provided for free (best case is on subscription base, not pay per use).

New ways to sharply decrease the investment cost in the deployment of picocells need to be found.

Cabinets are clear candidates to provide wireless drops. In Italy there are about 140,000 cabinets, most of them in urban areas. As broadband deployment is bringing fibers to the cabinets, as well as power for the optic-electronics conversion, cabinets can be used at very low cost to support a wireless area.

Light poles are nicely spread in the urban environment and clearly each one has a copper line that can be used for power and for carrying packets. It is not straightforward, power is only available night-time, when the lamp is on and signal transmission on the copper wires needs some investment to work. The replacement of bulbs with LED illumination for better energy efficiency can be an opportunity to install the hardware required to support a WiFi architecture.  In Londrina, Brazil, the Municipality has decided to use light poles to support dense WiFi coverage, in Italy near Bologna a Municipality is experimenting with WiFi on light poles. Interestingly, LEDs illumination can be used to modulate a signal. The problem is that you need terminals that can “read” the optical modulation and so far they are basically non-existent at mass market level (on the contrary any cell phone has a WiFi chip). In the future, as LEDs illumination will become widespread we might see a few terminals, like cars, equipped wit optical demodulator and the two ends may meet.

Virgin Media is experimenting in Chesham, using its manholes, that are disseminated over the town to serve homes with optical fibers, to install WiFi access points. They are using a special resin to cover the manhole that does not bloc WiFi signals and can provide people strolling on the sidewalk with 166Mbps in an 80 meters circle around the manhole. In practice they are able to provide pavement-WiFi to all the Chesham municipality at a speed that allows people waiting for a bus at the bus stop to download a full episode of a serial in just 30 seconds (assuming a file size around 600MB, that is about half a hour standard definition television signal).

This has become possible by the blanket of connectivity provided by wireless networks.

We are already seeing many places providing local connectivity. Sometimes they work as gateway to the big Internet (may times you need to have access rights) other times they are providing access to local information.

Both the big internet access function and the local information access are growing, with more and more stores offering access through their private (WiFi) network. We are also starting to see taxis providing a local access point.  Taxis create a real mobile network and as they roam the city they can also collect data from IoT and relay these data to processing centers.

The presence of these access infrastructures is so far fragmented, and in general it is not seamless since each one potentially requires specific authentication. One of the promises of 5G is to provide a single authentication mechanisms and hence a seamless experience.

I have already mentioned IoT. And I have already stated that they will become the most powerful generator of data in a city environment (I consider security cameras, cars, buses as part of the IoT family).

These “things” will provide their data to processing centers directly, if they have a direct connection capability or indirectly if their data will be harvested asynchronously through other mechanisms (like the roaming taxis afore mentioned).

In the figure one can see a possible way of data aggregation, where the first outer layer is the raw data generation point, the intermediate layers are for collection, transport and storage whilst the vertices is for transforming the overall data into an information worth of our attention.

Notice how this “transformation” may be a rendering (transforming the huge amount of data into something easily graspable by our eyes) a contextualization (selecting out of the tons of data the few ones that matter to us, or it can be the creation of information, meta-information, deriving from the processing of data and their relationship (including spatial and temporal relationship).