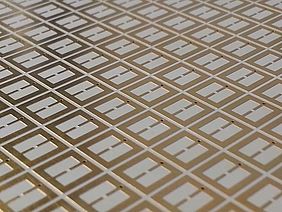 Scavenging of electromagnetic fields is not new. There have been several demonstrations and actually we have now plenty of products using this approach to harvest a sufficient quantity of energy to operate. A clear example is the passive RFID tags that wake up when a reader beams on them an electromagnetic field. They use the energy captured by their antenna to send a signal to the reader with data embedded in the tag.

Induction is also widely used, from the Starbucks mat letting you to recharge your cell phone (it must be equipped with a circuit able to capture the energy from the electromagnetic field) to the recent Apple Watch.

The problem is that to harvest the energy you need an antenna and the antenna has to be designed to work with a very specific frequency to have an effective transfer of energy. This is the case for RFID, for Starbucks mats and for the Apple Watch.

There is plenty of energy in the electromagnetic spectrum around us, but this energy is distributed on many frequencies and cannot be harvested by a normal antenna.

This is where the research carried out at the University of Waterloo in Canada takes the stage.

A team of researchers in electrical and computer sciences have ventured into metamaterials (materials that do not exist in Nature and that have been "engineered" to have specific properties) to create an antenna array that can harvest energy from electromagnetic fields in a very broad range of spectrum.

Remember that Sun light is also an electromagnetic field (at much higher frequencies - shorter wavelength than GSM ones) and these metasurfaces can capture this energy as well resulting in more efficient photovoltaic panels!

These surfaces can also be printed, in perspective, hence they could  be manufactured at low cost.