Going back a hundred years 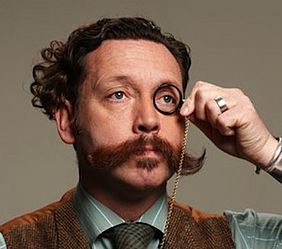 Our grand father used the monocle to get a better vision... Credit: the optical Vision Site 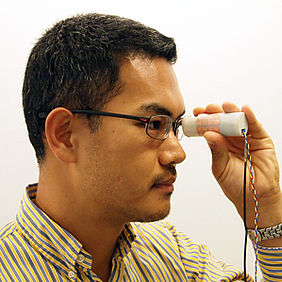 The Loupe, a digital monocle prototype; an alternative to Google glass. Credit: Nokia

Not so long time ago, my grandparents used it (yes, I know, it tells a lot a bout my age) people used the monocle to improve their vision. It was hanging from their neck and when need arose they picked it up and looked through the lens.

Now researchers at Nokia have come up with a digital version, the Loupe (the name of the magnifying lens used by jewellers to inspect stones) that can be considered an alternative to Google Glass.  Take a look at the video clip to see how it works.

The Google Glass are now available, although it is still difficult to get them since they are not available through the usual retail chains, but it seems as they have not moved from the geeks to the broad market. And so far there is no signs that they would move further.

One of the problem (in addition to price) is that they are perceived as intrusive. What is that guy wearing them actually doing as he is talking to you? Is he taping the conversation? Browsing the web to get info about me? Or, quite simply surfing the web as he is pretending to pay attention to what I am saying?

The Nokia researchers claim that their "Loupe" solves this problem since it will be evident when one is using it or not. In a way it will be an alternative to picking up your smart phone to get info and services from the web. Which, of course, begs the question: why do I need another device to do what I can do with my smart phone?