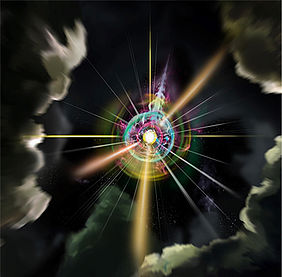 In 1931 Dirac, a physicist that used math to discover reality, predicted the existence of the monopole, a magnet that differently form all magnets ever observed had only one pole, North OR South, not North AND South.

On the contrary to the prediction of the antimatter that was soon found in Nature, as positrons produced by β+ decay, monopoles were never found and remained a mathematical figment of imagination.

Now after 83 years a team of scientists at the Amherst College have managed to create a monopole in an experiment that may well be seen as important as Thomson discovery of the electron.

The experiment is quite complex and it is based on a Bose Einstein condensate, a state that atoms reach basically at 0 Kelvin (the absolute zero), for those looking at precision at one billionth of a degree above 0 Kelvin.

You can take a look at the clip.

What can one do with a monopole? Well, a similar question was asked of Thomson electron: what can you ever do with an electron? And none, at that time was able to answer: "the Internet", or the "XXI Century World".

So you cannot expect me to answer that question, although scientists are already thinking on what a monopole based world could look like, and some are envisaging it as the stepping stone for a world with unlimited energy availability, where wires would transport magnetic fields with no resistance whatsoever.

It took 50 years to move from the discovery of the electron to the first transistor and fifty more years to see the Internet spreading. Given the increase pace of evolution we might not need to wait hundred years before seeing game changing applications.

Since we are on particle physics, on February 16th, a team of German scientists made the most precise measurement, so far, of the mass of the electron: 0.000548579909067 of an atomic mass unit.