Diamonds may be more than a girl's best friend ... 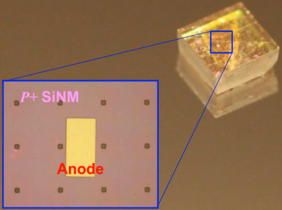 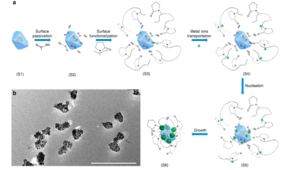 Back in 1949 in "Gentlemen prefer Blondes" Marilyn pointed out that diamonds are a girl's best friend.

Although this might still stand true in this new century work being done at the university of Wisconsin- Madison may indicated that diamonds may become also an engineer's best friend in the area of power grids.

Controlling complex power grids requires processing capability applied to huge currents. Silicon transistors are good to manage little currents (and we love them for that!) but the conductivity is such that the heat generation requires ever more sophisticated ways to disperse it and limits the number of transistors that can be packaged and the currents involved.

Not so with carbon that has a much better conductivity and heat dissipation.

Graphene is under scrutiny because of that, although a single atom layer cannot bear the kind of power currents involved in power grids.

At the University of Wisconsin-Madison researchers are studying ways to create transistors based on diamond, rather than silicon. Carbon has the same electronic structure as silicon and as silicon it is a semiconductor. In order to be used for manufacturing transistors you need to add specific atoms that make it possibile to control its conductivity, namely create P and N type layers (P refers to Positive, N refers to Negative).

The problem with diamonds is that the crystal is so rigidly structured that it s difficult to dope it (insert a new atom). This is the problem the researchers have solved.

By layering a tiny strip of boron doped silicon on the diamond and heating it up to 800° C they have observed the transfer of the boron atom from the silicon to the diamond, thus creating a P-type diamond.
This is a first step in the quest for a diamond transistor, but it is not enough. You need to find a way to create a N-type diamond and layer it between two P-type diamonds (or the other way around, 2 N-type embedding a P-type) to have a working transistor.

One might object that the resulting transistor, although sparkling..., would be too expensive to be affordable but this is not necessarily the case. We are looking for mini crystals and their cost is very very low.  For sure they do not compete with those diamonds girls are most interested in...

At the University of Maryland, as reported in a Nature Communications article, researchers have discovered an alternative method to create diamonds with selective impurity, like inserting a nitrogen atom (that leads to a vacancy in the diamond crystal) by using hybrid nano-particles. This leads to diamonds that can be used as sensors, as an example to detect neural signals with extreme precision.