Designing a baby ... beyond science fiction 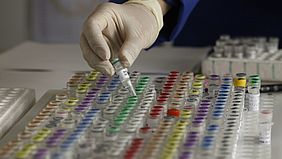 As I was following on progress in CRISPR (Clustered Regularly Interspersed Palindromic Repeats), on the possibilities it opens in selecting/updating genes and its potential impact on the future of human evolution I stumbled onto an article that is actually claiming that in 20 years time more and more couples will turn to "artificial sex" for the "design" of their baby.

Now, I obviously do not know if this is going to be true, although I can agree that the technology for doing that (In Vitro Fertilization – IVF- and genome manipulation –CRISPR/Cas9) is likely to exist at that time, since we basically have its basic components already now.

What really impressed me in the argumentation provided was the “economic drive”. With the natural process, going back millions and millions of years, there is a statistical probability of having a genetic problem in the order of 1-3% (of course many of these problems are minor), whilst using genetic manipulation the probability of an increase in defects is estimated around 0.001%. That’s too high, but we can expect significant progress and the upside is the avoidance of that 1-3% of potential genetic diseases.
Hence, so goes the article, insurance companies, as well as the economic forces in Governments will consider much more economical to design babies through genetic combination and IVF rather than sustaining the cost of caring for the potential disabilities.

This “cost driven” path is reinforced by the probable willingness of the parents that once such a procedure is becoming “normal” would rather follow it given the extremely favorable outcome with respect to the “old days” approach.

You can use this to avoid some genetic diseases, as well as choosing the color of the hair.

With CRISPR/Cas9 (and with the new technologies that are likely to become available to support gene manipulation) you can do much more, including inserting genes that were not in the parent’s pool.

IVF became a reality in 1978, I still remember the headlines on Louise, the first test-tube baby, and several millions babies have been born with IVF. By analyzing a few cells from the embryo it is possible to detect thousands (and growing) genetic diseases, selecting the embryo that does not have them (Preimplantation Genetic Screening – PGS). It is also legal, in several Countries, to select the gender of the future baby.

In twenty years time genetic screening will start from the genome of the parents (having the genome sequenced at birth will probably became the norm) and through some ICT, with lots of big data analytics, it will be possible to evaluate any possible gene combination hence determining if a potential genetic disease lurks. At that point PGS might be considered as an appropriate parental prevention.

The relation between the gene pool and the traits that emerge is extremely complex, we understand jus ta tiny fraction of it and we understand even less the implications deriving from altering the gene pool. Some traits are easily mapped to the presence/absence of a single gene (or a few of them). Other, like height and intelligence may involve thousands of genes, whose alteration will results in unpredicted (today) side effects.

This opens up a can of worm (whose first fissures are already visible today). If you are designing a baby the “old way” you have actually very little saying in the outcome. But if you choose to design it in the “new way” then there is basically no limit to your design options.