Chasing the fountain of youth 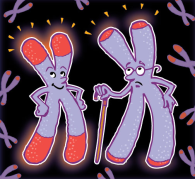 The dream of eternal youth probably goes back to the times were hominids became aware of ageing and didn't like it. Herodotus in the V Century BC reported of a fountain of youth, that unfortunately was never found.

The dream sells pretty well: in 2014 the cosmetic industry generated in the US market close to 60B$, and just the facial cosmetics worldwide in 2014 generated over 100B$.

Now science is looking at ageing in a more concrete way, considering it a process that can be influenced. The EIT has launched on January 2015 a new KIC Health to address healthy living and active ageing. The EIT ICT Labs is also working on healthy living looking at ways to leverage on ICT to improve people's health through healthy life-style. ICT, indeed, can help in better exploiting our machine, our body, and can help in raising red (or yellow) flags if something needs to be fixed. However, ICT cannot change the machine itself, it just makes sure it performs a little better a little longer.

New understanding on the ageing process has led to identifying in telomers one of the physical underpinnings of ageing. It has been noted that as we age telomers shrinks. So far it was not possible to say whether this was a result of ageing or the cause of ageing. But now experiments carried out at the Stanford School of Medicine are showing that telomeres can indeed ensure a longer, healthy life.

As a cell multiply its chromosomes duplicate and the telomeres (that are sort of caps terminating the chromosomes' arms) get shorter. A telomer is composed by a sequence of some 10,000 nucleotides at the beginning of your life. Over time this sequence gets shorter up to the point that the cell no longer duplicates. And if cells no longer duplicate they age, and you along with them.

The experiments carried out at Stanford on human cells have shown that by lengthening the telomeres the cell keeps on duplicating. The first practical application of this result is in the area of drug research. So far cultivated cells died after a little while (cell in a Petri dish divide much faster than in the body and hence they get also older more rapidly); with this technique it becomes possibile to extend the cell life and hence get better results from drug testing.

Clearly, the next step (or at least the aim) is to see if we can find a way to lengthen the telomeres in our cells, thus extending their life, and ours.

It is not easy and I am not talking just about the technicalities. It is good to have cells that can continue to duplicate, thus creating "younger" ones that replace the older ones. However, you want to make sure that the overall process is in equilibrium and well controlled. Failing that you get what we call "cancer": cells keep duplicating without control and in doing so disrupt the overall system.

Hence the need for caution. At the same time the fountain of youth is no longer a dream supported by a figment of our imagination. It is a dream supported by science. It will take several more years to tap from this fountains, but may be our grandchildren will eventually drink from it.

For the time being let's keep leveraging ICT to improve our machines....