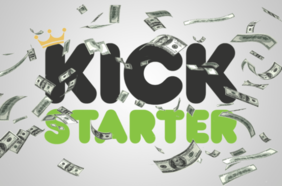 Kickstarter is proving to be an economic force in crowdfunding. Credit: Digital Trends

Kickstarter is very successful, no doubts about it.  You may take a look at their most recent statistics on their web site. By June 2016 over 2 and a half billion $ have been pledged on Kickstarter by 11 million + backers funding over 110,000 projects.

What is also surprising are the data from a study carried out at the University of Pennsylvania. According to this study, Kickstarter has created 8,800 companies (profit and non profit) resulting in 29,600 full time jobs plus 283,000 part time jobs and generating 5.3 billion $ in direct economic impact since its beginning in April 2009.

This is quite a bit considering that Kickstarter is not somethings that is planned ahead. It "just" happens. This is typical of many initiatives in the digital economy. The disappearance of transaction cost (or at least their very low cost) makes it possible to a broad range of people to participate. Among these there are (quite) a few that are smarter than average and have a strong entrepreneurs drive. In the classical economy the entry barriers are too high and would have blocked many of them.

As it can be expected there are also plenty of failures but this is not a problem as long as the total participation is high.

It is not that different from the way Nature works. Its evolution is made through very few (lucky) successes and plenty of failure. What we see today, however, are just the"successes" and so it seems at first glance that there is a plan that works.

Internet, the web and more generally the Digital Economy are tremendous enablers letting millions of people try out their ideas. More than that. It is also a stage where a few players perform and many many more look at them. By looking some among the audience get a better idea, some is stimulated to imitate those on the stage and the millions grow. We can help this growth through education. And this is what we are doing at EIT Digital with our Master/PhD courses focussing on creating an entrepreneurial spirit in the young generation.